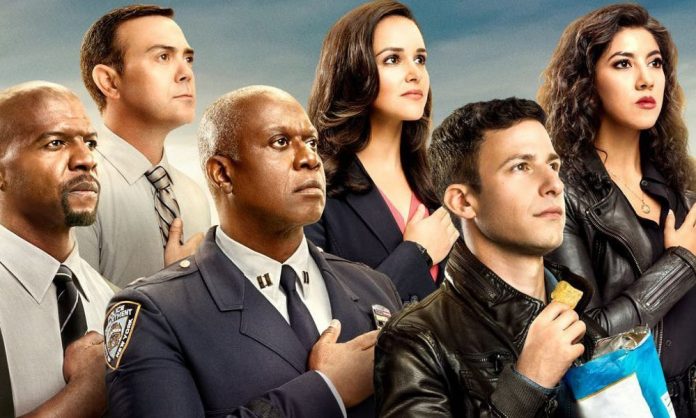 NBC announces that Brooklyn Nine-Nine has been renewed for a seventh season. The announcement comes seven episodes into the sixth season of the show, and the first season to air on NBC following Fox’s cancellation of the series after the first five seasons.

NBC made the announcement, crediting the show as its now top-rated sitcom. The seventh season will presumably premiere in the Fall, along with the also renewed The Good Place, Will & Grace, Chicago Fire, Chicago PD, Chicago Med, and New Amsterdam. Lisa Katz and Tracey Pakosta, Co-Presidents of Scripted Programming, congratulated the series’ creators and writers (via TV Line): “It’s been one of our great joys as a network to give Brooklyn Nine-Nine a second life. Cheers to Dan Goor, Mike Schur, Luke Del Tredici and David Miner, and our amazing cast and crew who each week turn New York’s finest into New York’s funniest.” The official Brooklyn Nine-Nine Twitter account posted the moment the announcement was made to the staff, and Beatriz posted a cast reaction to the news. Check out the excitement below:

After all, Brooklyn Nine-Nine did pick up better ratings on its season six premiere than it did for seasons four or five. The January comeback brought in 3.6 million viewers and a solid 1.2 rating amongst adults ages 18-49 on a Thursday evening. The rating was up more than 70% compared to season five though its ratings have slightly declined in the following weeks.
Created in 2013 by Dan Goor and Michael Schur, Brooklyn Nine-Nine stars Andy Samberg, Andre Braugher, Stephanie Beatriz, Joe Lo Truglio, Terry Crews, Dirk Blocker and Joel McKinnon Miller. The show airs on Thursdays at 9 pm ET/PT on NBC.

(Will Smith Not Returning for ‘Suicide Squad’ Sequel)