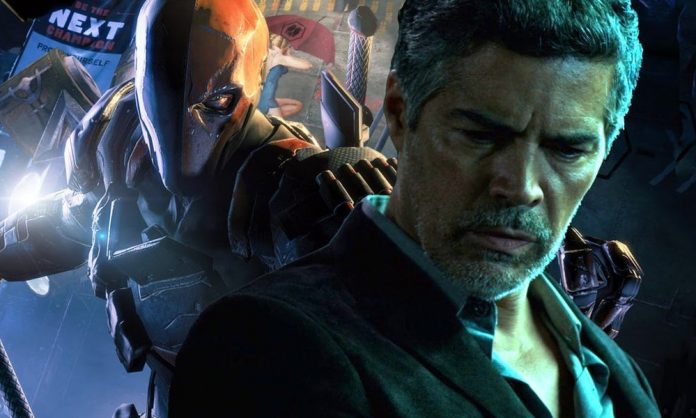 Esai Morales has been enlisted to play the role of Slade Wilson/Deathstroke in the upcoming second season of DC Universe’s Titans.

As reported by Deadline, that service has found its newest Slade Wilson in Morales, who has played a wide variety of film and television roles since the early ‘80s. Morales has appeared in Miami Vice, NYPD Blue, Netflix’s Ozark, and much more.

Per Deathstroke’s official bio from Titans‘ producers, “Slade Wilson is known for being DC’s deadliest assassin. While serving his country, Slade became an elite soldier before government testing enhanced his physiology to near superhuman levels, putting him on a path of darkness and revenge. To his family, Slade is a father and a husband, but to the rest of the world, he is feared by many as the infamous Deathstroke; selling his services to the highest bidder as the ruthless assassin that never gives up and never misses.”

Titans season 2 is expected on DC Universe sometime in 2019.