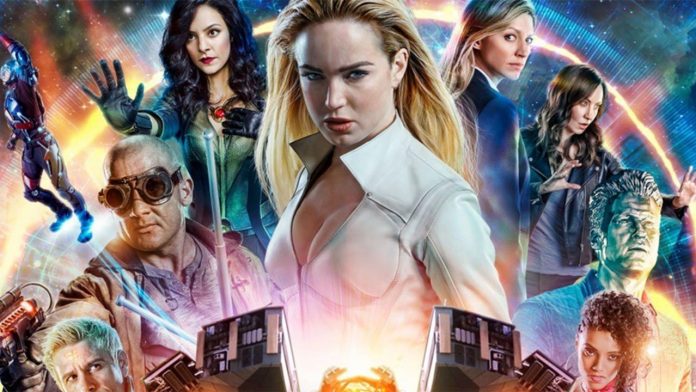 After a 4 month hiatus, DC’s Legends of Tomorrow will finally pick back up where they left off.

Our favorite time-traveling DC Comics superheroes who have dedicated their lives to saving history will be heading back to 1961 to deal with issues that may be the result of some mysterious Men in Black organization.

The full synopsis is described below:

When the Legends hear that Mona (Roman Young) has let a fugitive go, they must head to 1961 Mexico City to clean up her mess. Mona tries to convince the Legends and the Bureau that the people responsible for releasing the fugitive were some mysterious Men in Black and not her. With no evidence to back up her theory, the Legends must decide if they should trust her and go against the Bureau. Meanwhile, Nate (Nick Zano) and Zari (Tala Ashe) go on a recon mission to find out what Hank (guest star Tom Wilson) might be hiding from everyone.

Legends of Tomorrow season 4 part 2 will premiere on April 1. The midseason sizzle trailer can be viewed here.