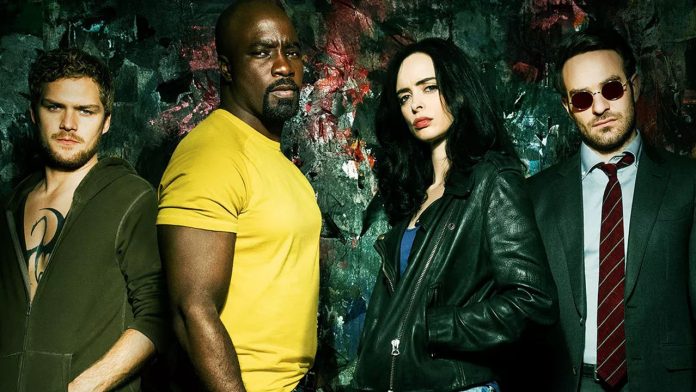 Last December, we learned from Variety that Disney is unable to use characters from the Marvel series Daredevil, Jessica Jones, Luke Cage, The Punisher and Iron Fist for the next two years due to a clause that prevents the characters from appearing in a non-Netflix series or film. A new report suggests that fans would actually have to wait much longer than this previous report.

According to IndieWire, Disney received specific instructions from lawyers that they are not to plan or engage in creating any type of content featuring any characters from the canceled Netflix series “until” the two-year mark. In other words, as a safety precaution, Disney is not to think about any plans for the fan favorite characters until the two-year mark has completely passed.

Although Netflix may have a valid reason to cancel some of the most epic Marvel series that were ever produced, this leaves fans empty-handed as there are still mysteries throughout each series that still have not been resolved. There is a possibility that a series would be revived or a character would be introduced into the MCU sometime in 2021. However, there is also the possibility that a revival will never take place at all.

(Sesame Street Resolves GoT and Westworld Conflicts With Respect)