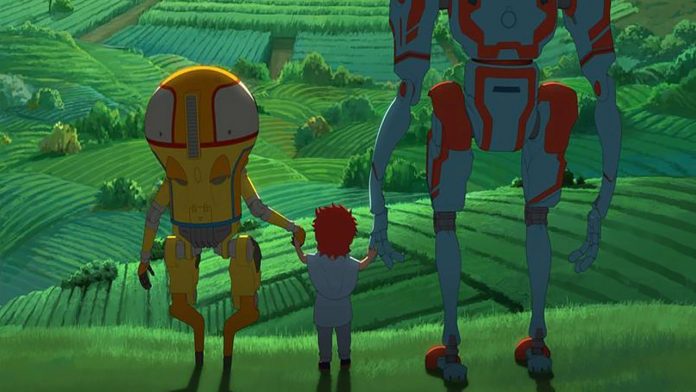 Netflix continues its push towards producing more original anime content with their recent announcement of Eden, a four-episode sci-fi anime that is scheduled for release in 2020.

The series description reads as follows:

“The upcoming sci-fi fantasy series Eden is set thousands of years in the future, where a city known as ‘Eden 3’ is inhabited solely by robots whose former masters vanished a long time ago. On a routine assignment, two farming robots accidentally awaken a human baby girl from stasis questioning all they were taught to believe — that humans were nothing more than a forbidden ancient myth. Together, the two robots secretly raise the child in a safe haven outside Eden.”

Netflix will be working with Japanese animator, character designer, and anime director Yasuhiro Irie who is known for his work in the popular anime series Fullmetal Alchemist: Brotherhood, Code: Breaker and Scorching Ping Pong Girls.