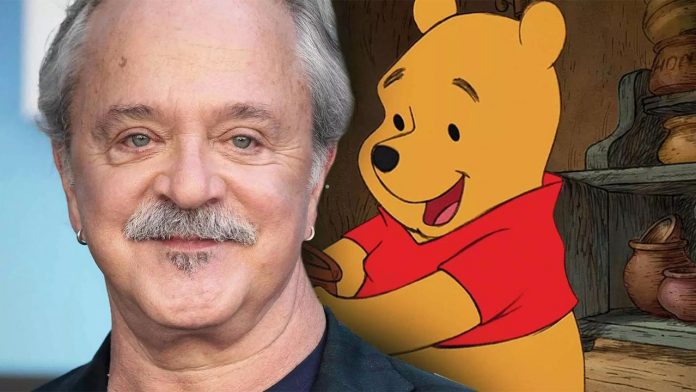 Jim Cummings, the voice actor of Winnie the Pooh since 1988, was accused of sexual assault and animal abuse by his ex-wife, Stephanie Cummings.

According to The Blast, Stephanie stated in court that her ex-husband “has engaged in physical, sexual and emotional abuse including but not limited to death threats, rape, and various sexual deviant behavior forced upon me without my consent” since they had divorced in 2011. She claims that on numerous occasions, Jim would touch her in inappropriate places and would force himself upon her against her will.

Jim, however, accuses her of being “obscene” and using “distortion” in her defense. In response to being forceful in the relationship, Jim stated in an email to his ex-wife, “‘Forcing’? Please, everyone, Gracie myself and especially YOU were all giggling and laughing, it was pleasant to have one moment of light-heartedness. We both erupted into laughter.”

The two have been fighting for custody and support payments for their two daughters since their divorce. Stephanie and her daughters moved to Utah after she claimed that the harassment has been affecting her health and that Jim was not safe to be around. According to Stephanie, there had been numerous occasions where Jim would show up despite his 2 restraining orders. Jim, on the other hand, feels that he had been trying to work things out “amicably.”

On top of the sexual assault, Stephanie is also reinforcing her stance with the accusation that Jim has been mistreating the family dog and nearly killed it after placing the dog inside a metal bucket outside of the house in 100 degrees weather.

In response to the animal abuse accusation, Jim stated, “There was an incident where I put a ‘tub’ (not a metal bucket) over a dog to isolate it briefly as a form of discipline to its behavior at our vet’s suggestion, and unfortunately I forgot the dog was there for a while, but then of course I released it.”

More accusations continue to emerge as the battle continues. Jim has already expressed his concerns about his future with Disney. The Blast has reached out to Disney several times to get their take on the case at hand. Disney has not commented as of yet.