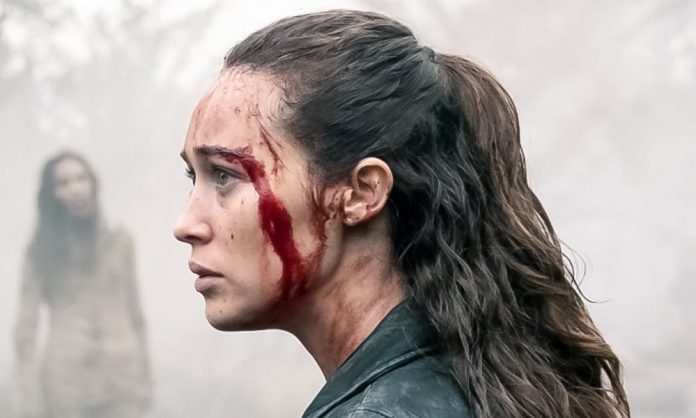 It’s a tense few minutes that first focuses on a pair of kids hunting deer, before coming across a hungry walker. Things look dire for them as their one rifle jams at the worst possible moment. But things go from bad to worse when a propeller plane nearly takes everyone out.

The idea of a plane crashing long after the apocalypse has happened is one that’s more or less new. It seems like an exciting way to begin the new season of Fear, as it explores a world with just a little more hope.

“In Fear the Walking Dead Season 5, the group’s mission is clear: locate survivors and help make what’s left of the world a slightly better place. With dogged determination, Morgan Jones (Lennie James) leads the group with a philosophy rooted in benevolence, community and hope. Each character believes that helping others will allow them to make up for the wrongs of their pasts. But trust won’t be easily earned. Their mission of helping others will be put to the ultimate test. When our group finds themselves in unchartered territory, one which will force them to face not just their pasts but also their fears. It is only through facing those fears that the group will discover an entirely new way to live. One that will leave them forever changed.”