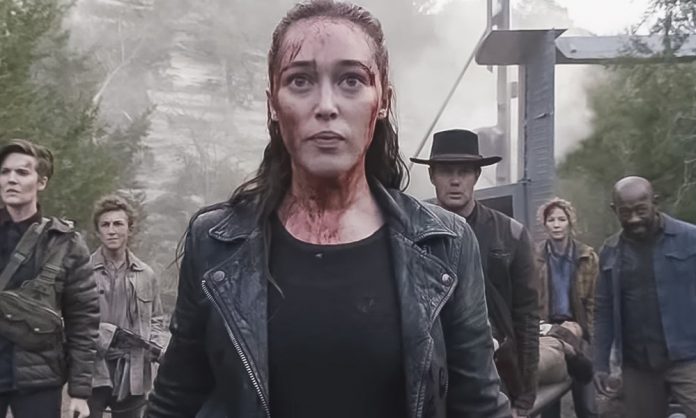 Fear The Walking Dead season 5 Premieres Sunday, June 2. Here is 2 trailers to get you ready and a 1-4 Recap to get you caught up.

Season 5 of Fear the Walking Dead will take place a couple of months after the close of Season 4. Season 5 will open in the middle of one of the group’s rescue missions. This mission will also take them into an entirely new, strange and dangerous environment that they’ve never been to before.

Season 4 concluded when Morgan (Lennie James) and his group decided to continue to look for survivors and help out. This came into play after a story arc saw the group come into contact with an antagonist who was intent on not helping survivors, leaving them to fend for themselves. In the process, the weak would be culled and only the strong would survive. However, Morgan’s group decided that they would rather aid the weak and be compassionate human beings rather than allow those who needed help to perish.

The plot of this season has half the group stranded in a new area after their plane crashes responding to a call for help (yes they have a plane now. Well, had). The other half is trying to get to them. This process involves the reveal of two returning characters. Daniel Salazar, who survived his presumed death in Season 3, and Dwight, who has made his way over from The Walking Dead.

Dwight (Austin Amelio), who was told to leave Alexandria by Daryl Dixon (Norman Reedus), will show up in Fear‘s landscape. Season 5 will likely show how he deals with his introduction of the new group, of which involves the familiar face of Morgan. As yet, it is unclear whether Dwight has managed to locate his wife, Sherry (Christine Evangelista)