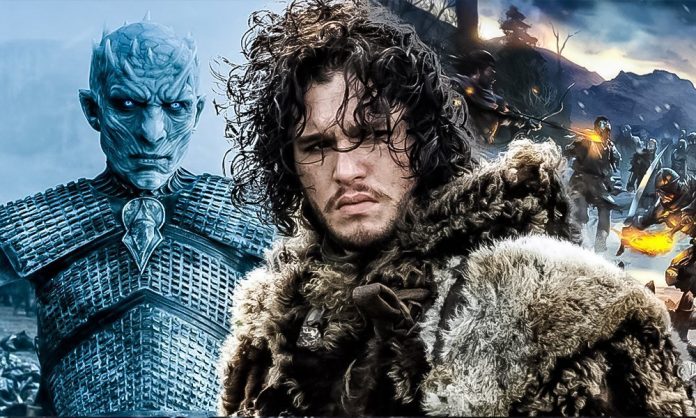 Barstool Sports producer Henry Lockwood posted a Jon Snow highlight video on Twitter. Accompanied by the caption “Ready to run through a brick (or ice) wall.”

The release of the Jon Snow video comes at an important time. Several Game of Thrones characters are expected to be killed off during season 8’s third episode.

The video begins by highlighting the bond between Jon Snow and the man he always knew to be his father, Ned Stark. It then shifts to the agony felt by Catelyn Stark, Ned’s wife who raised five children along with the “bastard” Jon. The editing combines clips of Jon’s struggles while serving with the Night’s Watch along with the character’s resurrection. Lockwood’s video also emphasizes Jon’s transition into a true leader. Including various battle clips and the anointing of Jon as King in the North. The video ends on Catelyn musing about the horror that House Stark has experienced because she “couldn’t love a motherless child.”

As Game of Thrones progresses forward with its final chapters, fans mostly know what Jon Snow wants. But it’s still unclear what the Night King is truly hoping to achieve by attacking Winterfell. When it’s all said and done, the Game of Thrones Jon Snow supercut video will undoubtedly feel even more dramatic and epic.

(Game of Thrones: The Fight Is on in Season 8 Trailer)