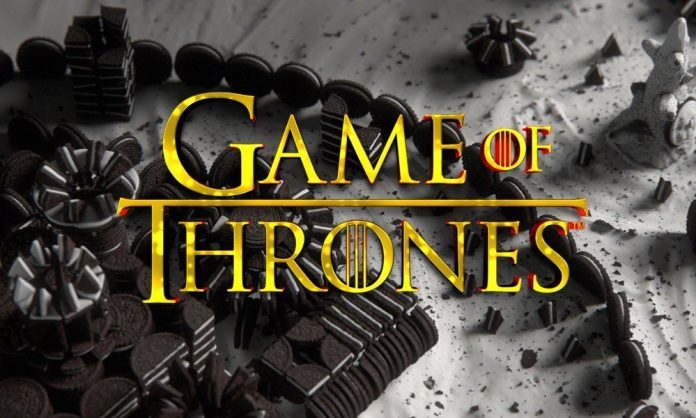 The opening title sequence from Game of Thrones has been recreated using nothing but Oreo cookies.

Oreo released a video recreating Game of Thrones’ opening title sequence on Twitter to promote their new limited edition cookies. A stop-motion animation effect recreates Westeros with the cookies from the ground up until finally ending with the new limited edition cookies – the designs of which include House Stark, House Targaryen, House Lannister, and the Night King. Check out the video below:

With board games, collectibles, and even a prequel spin-off series in the works, the series has never been more popular – especially considering it’s about to release its eighth and final season. So, to join the fun, Oreo cookies are now officially teaming up with Game of Thrones, releasing four cookie designs inspired by the show.

HBO’s epic series is about to take its final bow. Game of Thrones’ eighth and final season premieres on April 14, 2019 on HBO.