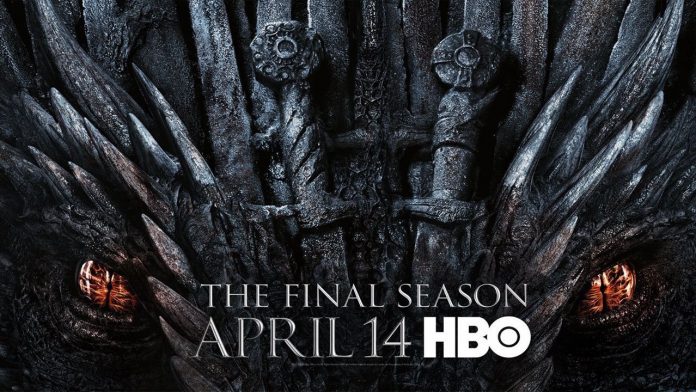 HBO just released a new Game of Thrones Season 8 poster. The image is of the Iron Throne fused with Daenerys Targaryen’s dragon Drogon.

With Season 8 being the final season of this epic series with six long episodes, this poster signifies the showrunners’ attempt to bringing this fantasy saga to a satisfying conclusion.

“The fans will not be let down,” director David Nutter told EW. “There are a lot of firsts in these episodes. There’s the funniest sequence I’ve ever shot on this show, the most emotional and compelling scene I’ve ever shot, and there’s one scene where there’s so many [major characters] together it feels like you’re watching a superhero movie.”

With the longest battle in cinematic history about to unfold along with many first times for everything, there is no doubt that this final season will be filled with swords, death, dragons, and glory.

Game of Thrones season 8 will premiere on April 14.