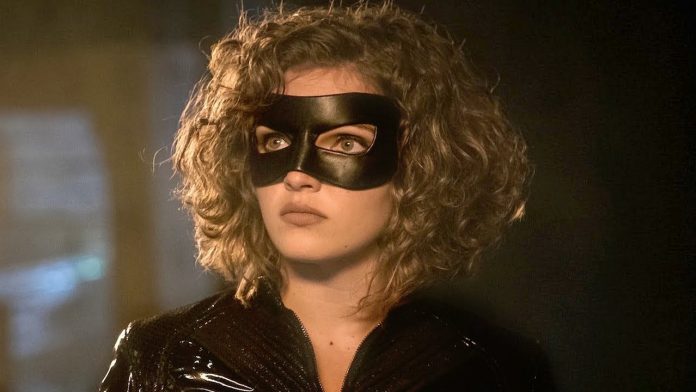 As Gotham is approaching its end, there have been leaks of what appears to be images of the final versions of Batman and Joker. There are now new images that emerged that may potentially reveal the final version of Catwoman.

The images of Catwoman were revealed on Imgur. Captions hint that Lili Simmons will replace Camren Bicondova as an older version of Catwoman. If this is the case, then it could mean that a big time jump may be featured in the series finale.

At this time, these images have not been confirmed. However, the “Property of Warner Bros” watermark on an image of what appears to be the actress sporting claws on her gloves can be very convincing to fans who are dying to see the final versions of the historic Gotham characters after five seasons of building up to this.