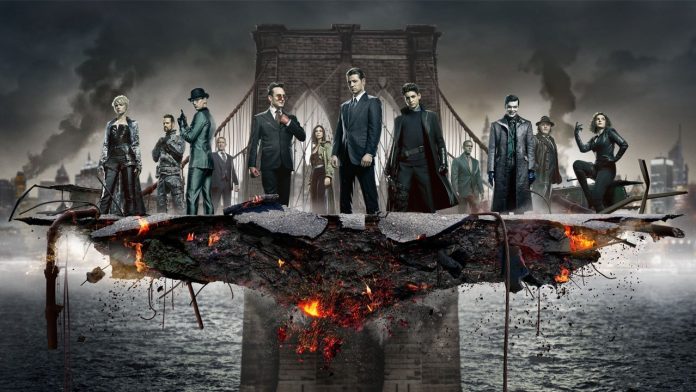 With only 2 episodes left, fans are waiting anxiously for the series to fulfill its promise of finally bringing Batman to life. A new poster released by Fox and Warner Bros teases a glimpse of the Dark Knight gazing over Gotham City.

Last month, showrunner John Stephens confirmed that the finale will take place 10 years after the series. Batman will make his appearance in Gotham’s finale and will play a large role throughout the entire episode.

Cameron Monahgan, who plays as Joker in the Gotham series and is also known for his role on Shameless, share his thoughts on the upcoming season finale:

“All I’ll say is when you have an episode that’s a full-on Batman episode running around in the future, you’re going to have characters that you’ll expect to see…I don’t want to say exactly what my role in that is, but it was kick ass. It’s one of the coolest opportunities I’ve ever had.”

(Gotham Final Season Trailer: ‘Madness is on the Menu’)