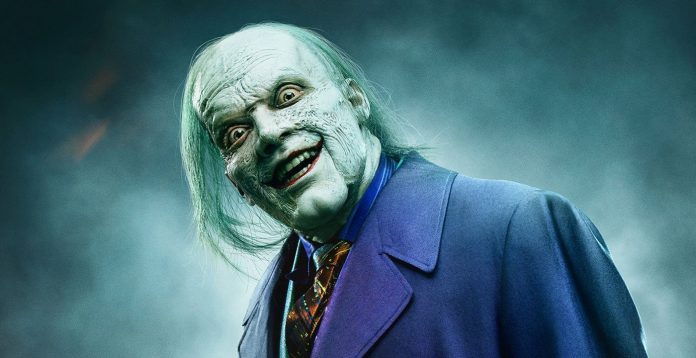 Since it was revealed that Cameron Monaghan’s Jerome Valeska is not the Joker, fans have been waiting for the arrival of the “official” Joker to make his presence.

Today in a Twitter post, Gotham finally revealed Joker in their teaser trailer with shocking images of the mad supervillain…and no, this is not an April fools joke.

Like the comics, Joker appears to be a sadistic psychopath with a warped sense of humor. Sporting the green hair and purple trench coat, his appearance resembles the iconic image from the comics.

However, the trailer introduces a more dark and sinister Joker that fans have never seen before. As stated by Bruce Wayne actor David Mazouz, “the way that the Joker comes into the show is one of the most brilliant things Gotham has ever done.”