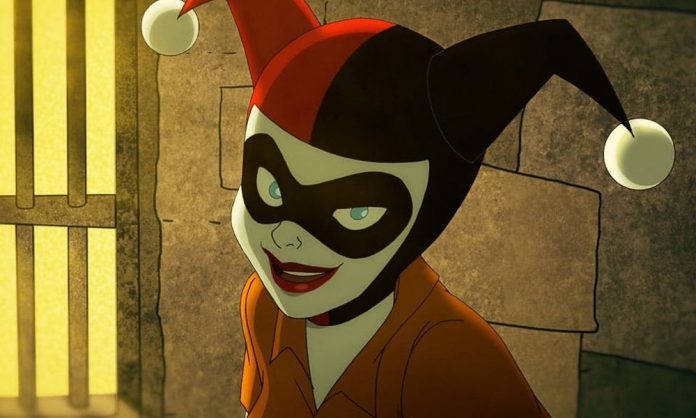 The longtime star of the soon-to-end The Big Bang Theory shared multiple photos from her Harley Quinn recording booth on Instagram, the first of which featured a script, a package of Red Vines and a clear look at Tudyk’s Clown Prince of Crime.

Given that the show mostly takes place after Harley parts ways with Mr. J, this screenshot must be from either a flashback or a scene that takes place early in the series’ present-day narrative.

The photos shared by Cuoco also provide a few extra hints regarding the upcoming series. For starters, what can be seen of the her script suggests that Harley Quinn will not be holding back as far as language is concerned (as has been the norm for DC Universe’s original programs thus far.)