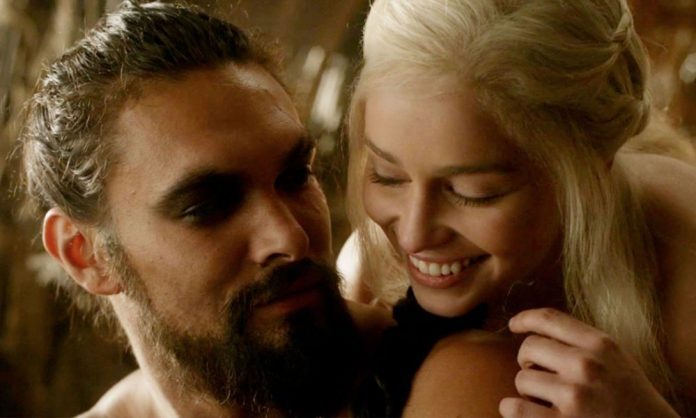 Emilia Clarke and Jason Momoa had a Game of Thrones reunion at the 91st Academy Awards on Sunday, when both attended the ceremony as presenters.

“So proud of you @emilia_clarke I love u with all my heart Aloha Drogo,” Momoa wrote on Instagram, captioning a photo of the two former costars together, hugging. On the first season of the HBO smash series, the Aquaman star played Khal Drogo, a Dothraki warlord whom Daenerys (Clarke) is forced to marry, but later falls in love with.

Knowing how much fans would appreciate the reunion, Momoa made a point of posting several photos of the two of them on his Instagram account. And as per usual, he had nothing but kind things to say about his former co-star and beloved friend. “So proud of you @emilia_clarke I love u with all my heart Aloha Drogo,” he captioned one photo. You can practically feel the mutual love and respect they have for one another radiating off of the images.

But just in case that in itself wasn’t enough to warm your dragon-loving heart, Momoa also posted a photo of him alongside both Clarke and his real-life wife, Lisa Bonet, captioning the pic: “Me and my QUEENS.”

The final season of Game of Thrones premieres on HBO on April 14th.