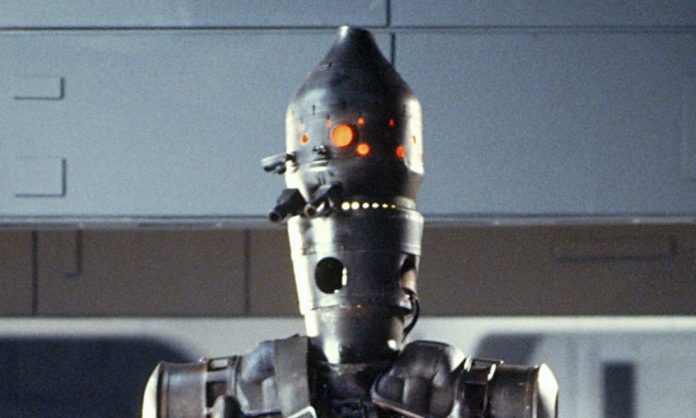 Jon Favreau may have revealed that Taika Waititi will be voicing IG-88 in The Mandalorian.

On Thursday night, Favreau posted a new photo that appears to be taken in a recording booth during the series’ post-production phase. But what’s most notable is that writer, director and actor Taika Waititi is featured on the photo. Given the image of IG-88 on the screen and the presence of microphones, it seems likely that Waititi will be lending his voice to the fan-favorite bounty hunting robot.

Taking place between Return of the Jedi and The Force Awakens, The Mandalorian will follow the adventures of a single-operating Mandalorian gunfighter played by Pedro Pascal. Other than that, plot details are still scant at the moment, but considering the show’s time setting, fans are hotly anticipating the series as it will explore an uncharted territory for the famed space opera.