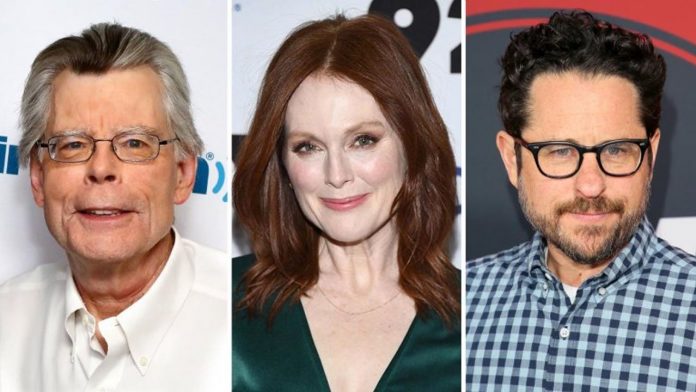 Ahead of the launch of the new Apple streaming service in Fall, Apple continues to add on to their roster of high-profile originals. Apple has put out a straight-to-series order for a TV adaptation of Stephen King’s best-selling 2006 novel Lisey’s Story. The series will star Oscar winner Julianne Moore as Lisey.

Lisey’s Story follows the life of Lisey Landon who is a widow of a famous novelist Scott Landon. The TV adaptation is described as a deeply personal thriller that follows Lisey two years following the death of her husband. The series will explore Lisey’s life in the present and about the life of her dead husband as she remembers it.

The series is Apple’s third project from Abrams’ Bad Robot. Written and executive produced by Stephen King, the TV adaption is reported to be an eight-hour limited series. Moore will also executive produce alongside J.J. Abrams and Ben Stephenson.

(Denzel Washington In Talks For Lead Role In Macbeth Movie)