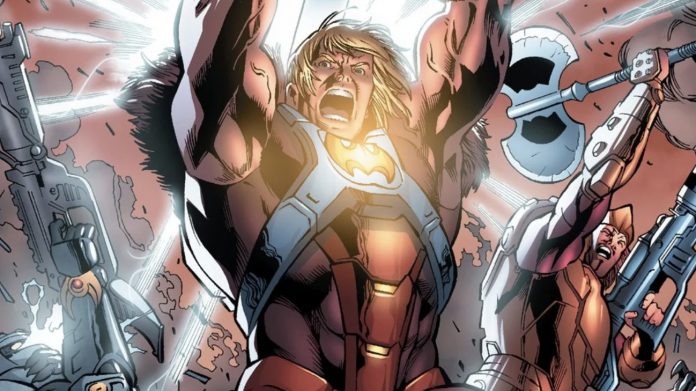 Kevin Smith (of Jay and Silent Bob fame) is helming a new He-Man anime series for Netflix, titled Masters of the Universe: Revelation. He-Man and the Masters of the Universe has seen a resurgence over the past couple of years, namely with Netflix’s She-Ra and the Princesses of Power series that was released with the help of DreamWorks Animation TV. The show turned out to be a massive success and was well received by both critics and viewers. Its reign on the platform is far from over also, as the season 3 trailer dropped at this year’s San Diego Comic-Con, showing that there was plenty more to come from this universe.

Masters of the Universe: Revelation will pick off where the original Masters of the Universe cartoon left off. The sequel series was revealed by Smith during his panel at Power-Con 2019 in Anaheim, Calif. According to Twitter user @PixelDan, Smith himself is set to serve as showrunner on Revelation. Additionally, Powerhouse Animation — the studio behind Netflix’s Castlevania series — has been enlisted to tackle He-Man’s new anime outing.

“A radical return to Eternia, Revelation is a direct sequel series to the classic era of Masters of the Universe,” the anime’s official synopsis reads. “Featuring fan-favorites He-Man, Orko, Cringer and Man-At-Arms, the story pits our heroic warriors and guardians of Castle Grayskull against Skeletor, Evil-Lyn, Beast Man and the vile legions of snake mountain!”

“But after a ferocious final battle forever fractures Eternia, it’s up to Teela to solve the mystery of the missing Sword of Power in a race against time to prevent the end of the Universe! Her journey will uncover the secrets of Grayskull at last. This is the epic He-Man and the Masters of the Universe saga fans have waited 35 years to see!”

Smith has been hard at work on plenty of different projects in Hollywood, namely his highly anticipated reboot of Jay and Silent Bob, but he continues to remain a positive and passionate creator in the industry. Masters of the Universe: Revelation is bound to be a great addition to Netflix’s anime collection.

Masters of the Universe: Revelations is developed by Kevin Smith. The upcoming Netflix anime series does not yet have an announced release date.