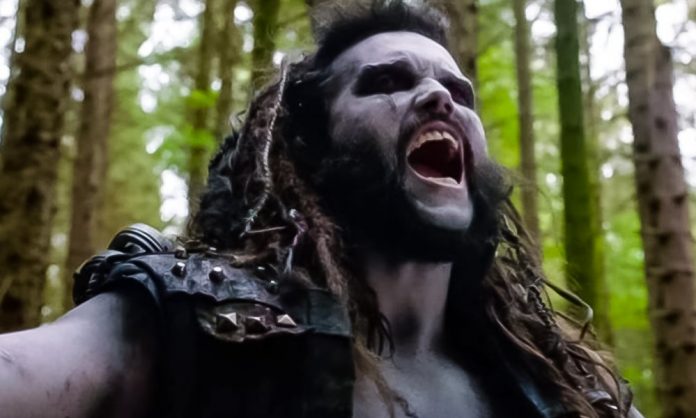 In a pair of brand-new promos for the upcoming Krypton season, you can get a sense of this character and just how off the chain (as in a mad dog foaming at the mouth) he really is.

The first has Lobo recounting all of his official “titles” like “The Last Czarnian,” “Ultimate Bastich,” “Machete Man,” and so on and so forth.

The second promo goes behind the scenes of the character with Scanlan relishing in the fact that he could really go over the top while in the role.

“Lobo on the page is such a broad character. The tone of our show is so grounded, so it feels like a bit of a mismatch. But that’s kind of what’s exciting about it as well,” executive producer Cameron Welsh. “He’s not going to ride around on space dolphins like he did in the comics. But he’s meant to feel like a contrast to everything else we’ve seen.”

Lobo won’t be the only famous DC cosmic villain to appear in Season 2. It will also feature the likes of Zod (Colin Salmon), Doomsday, and Brainiac.

Developed by David S. Goyer (writer of Terminator: Dark Fate and co-writer ofThe Dark Knight), the comic book series serves as a prequel to the life of Superman, focusing on the hero’s grandfather, Seg-El (played by Cameron Cuffe).