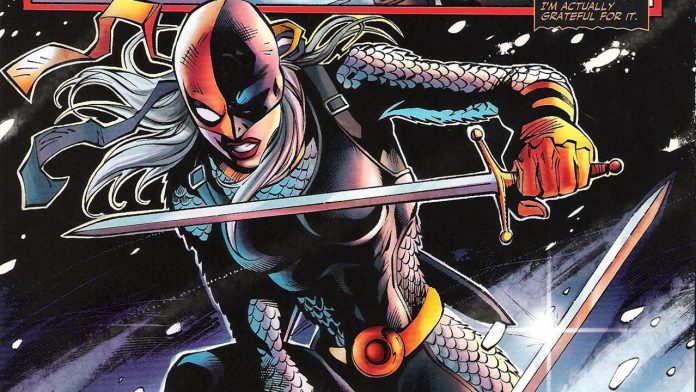 Redditor ThomasP003 leaked a video that reveals the first on set look of Rose Wilson, aka Ravager. As seen below, Rose Wilson is sporting the recognizable silver hair and is even wearing a bandage that appears to be covering her left eye.

Last month, we learned that Disney Channel actress Chelsea T. Zhang, best known for playing the role of Brittany on Disney Channel’s Andi Mack, has been cast as Rose Wilson for the series. As the daughter of the deadly assassin Deathstroke and a character who teams up with the Titans to seek revenge on her own father, she is expected to have a regular role in the Titans TV series.

Details about the scene that was being shot in this video remain unknown. However, it does suggest that the series will feature Ravager in her full form with her only having vision in one eye. This is similar to the comics in which she gouged out her eye to prove her loyalty to her father when he doubted her readiness to work with him.

Season 2 is expected to air this fall.