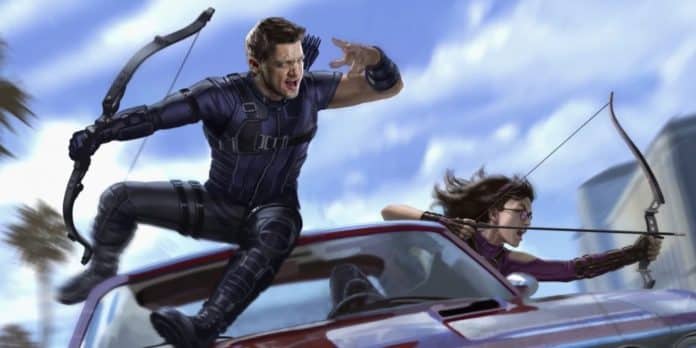 On Twitter, entertainment journalist Charles Murphy noted the Hawkeye show begins production in July. Murphy’s tweet urges fans not to fret about the information they don’t have yet. Hawkeye isn’t set to release until Fall 2021, so a filming start of this summer is plenty of time to get the series ready. Take a look at Murphy’s tweet below:

Outside of Jeremy Renner’s return as Clint Barton, no other casting news about the miniseries has been officially announced, including the MCU’s incarnation of Kate Bishop — the only other character currently confirmed for the production. Hailee Steinfeld is rumored to take up Kate’s bow in the series, though she cast doubt on that report shortly after it surfaced.

Starring Jeremy Renner as Clint Barton, Hawkeye is scheduled to premiere in fall 2021. Disney+ is now available in the U.S.