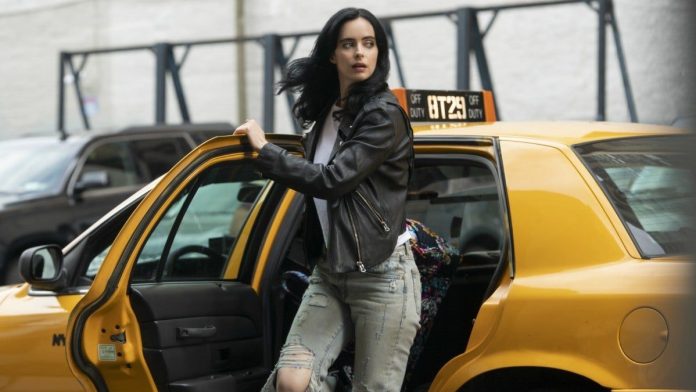 Here is the trailer for Marvel’s Jessica Jones 3rd and final season.

Haunted by a traumatic past, Jessica Jones uses her gifts as a private eye to find her tormentor before he can harm anyone else in Hell’s Kitchen. Jessica Jones is not and never will be a hero. Learn the truth on June 14th.

Jessica remains on frosty terms with former best friend Trish Walker, after the pair ended season 2 in a pretty bad place. Trish now has the superpowers she’s longed for, but her and Jessica’s views on what it means to be a hero are quite different, leading to further conflict.

This Netflix original chronicles the life of one of the darker Marvel characters, the mysterious Jessica Jones. When a tragedy puts an end to her short-lived career as a superhero, Jessica settles in New York City. She opens her own detective agency, called Alias Investigations, which seems to be called into cases involving people who have special abilities. Suffering from post-traumatic stress syndrome, Jessica wants to do good. But her primary interest isn’t in saving the world, it’s saving her apartment and getting through each day. Based on a graphic novel intended for adults, this is not a superhero story for the kids.

‘Dark’: Season 2 Trailer Released- Welcome To The Future(Opens in a new browser tab)