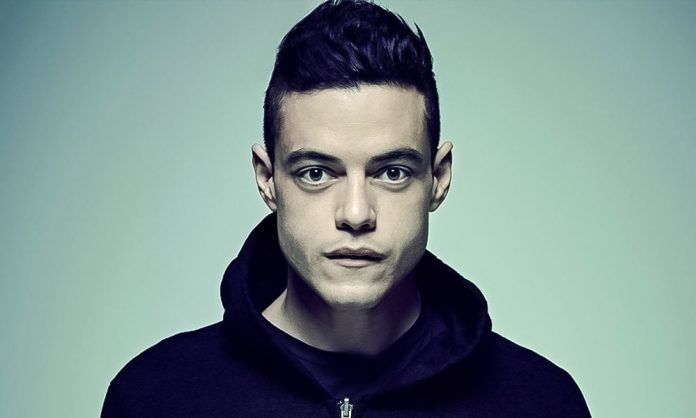 It’s been almost two years since season 3 of the Emmy-nominated drama wrapped, but creator Sam Esmail has a very early present in the form of the first look at the fourth and final season. Here’s the sinister image posted to the show’s official Twitter account.

The image was unveiled Thursday, and within it, there’s a secret message. Fans then suggested to go here for a hidden clue about the final season.

“Later this year, we’ll premiere the final season of Mr. Robot,” Esmail said in a statement. “This season is something I’m truly proud of and cannot wait to share with fans. With that said, I already teased that the final season would take place over the 2015 Christmas holiday, but I will take it one step further. The final season will be a one filled with answers, hacking and blood.”

Last Fall, Malek offered a statement on the show ending. “I did know it was coming, I tried not to let the cat out of the bag. I’m of course sad,” Malek told Yahoo! “It’s a character that’s so dear to me and [I] love. The studio would love to see it go on even further. But Sam Esmail, the creator and executive producer, has a finite story he needs to tell, and I’m on board with that. I get some great characters that I have to let go of at times, and Freddie Mercury is also going to be as difficult.”

The series follows Elliot (Rami Malek), a brilliant cyber-security engineer and hacker that gets involved in a complicated game of global dominance when trying to take down the immoral corporation he works for with help from allies.

The Final Season starts later this year on USA Network.