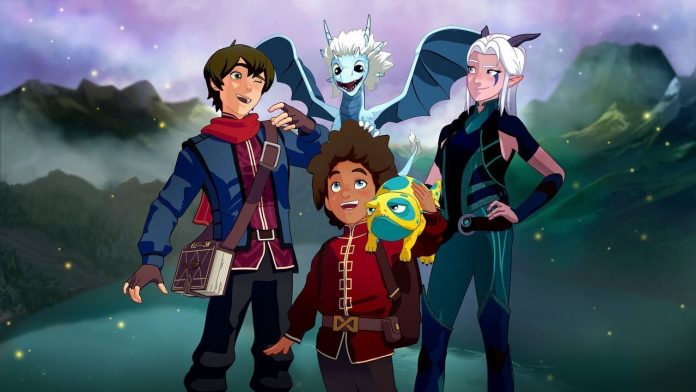 On top of season 2’s premiere in February of this year, it was announced today at WonderCon that The Dragon Prince will return for a third season on Netflix.

The Dragon Prince started off with princes Callum and Ezran setting out on a journey to return the dragon king’s egg to the dragons to prevent war between the humans and the elves. During the course of their journey, they discover their true potential while enduring hardships as the story progresses.

Although it is too soon to say when season 3 will be released, it was revealed that the season will consist of 9 episodes.

Below is a synopsis for season 3:

“Season 3 finds Rayla and Callum finally at the cusp of entering Xadia, while young Ezran returns home to take his place on the throne. Meanwhile, Lord Viren begins to realize the influence and power of his new ally – the mysterious Startouch elf, Aaravos. As several storylines unfold in big ways, this season will be massively epic!”

The Dragon Prince is a Netflix television series created and written by Aaron Ehasz and Justin Richmond. The series is produced by Wonderstorm.