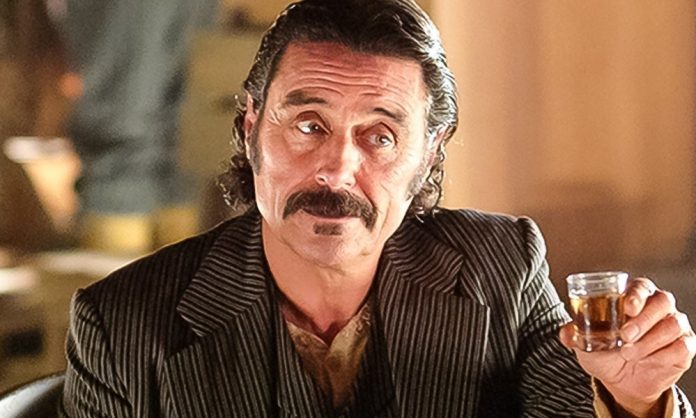 The film, set 10 years after the events of its last season, reunites most of the show’s cast.

Time has passed in Deadwood. Hair and beards have gone gray. The town itself is somewhat spruced up, with telephone wires running along the thoroughfare.

“It’d be a pity not to recognize what’s at stake,” Bullock tells Swearengen in the first few seconds of the teaser. “To go ahead and die stupid.” Swearengen replies, ” Hate to end a fool.”

A number of signature phrases from Milch (who recently revealed he has Alzheimer’s disease) are also present. The first utterance of “cocksucker” comes about 40 seconds into the trailer. Shortly thereafter is a scene in which Swearengen tells Bullock, “Hearst won’t take long before he honors the rigors of his putrid fuckin’ nature.”

The long awaited movie is set to premiere May 31, 13 years after the series ended. In the show’s timeline, 10 years have passed. Most of the principals from the series return to Deadwood to celebrate South Dakota’s statehood. Hearst, now a U.S. senator, returns with designs on property owned by Charlie Utter (Dayton Callie) and old scores to settle with Bullock and Swearengen.