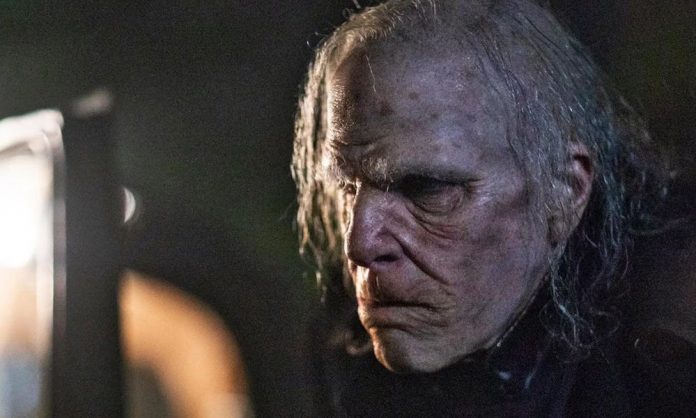 While the teaser doesn’t offer many details about the show’s plot, the teaser features Ashley Cummings as Vic McQueen as she dreams about the evil Charlie Manx (Zachary Quinto). Her visions are all rapid cuts, but they include a nice look at the Wraith and a very old looking Manx.

If the NOS4A2 teaser trailer is any indication, the series looks like it will cause plenty of nightmares and feature a more atmospheric tone than anyone originally expected. With an old bridge, a dilapidated pier, small lawn windmills and a bloody pair of scissors, this series will be filled with haunting creepy details.

Quinto plays “seductive immortal” Charlie Manx, a twisted creep fueled by the souls of children whose remains are then transported to ‘Christmasland’ — an icy fantasy world birthed of Manx’s corrupted imagination.

Named for the vanity license plate on Manx’s 1938 Rolls-Royce Wraith — and a riff on classic horror Nosferatu — NOS4A2 highlights Manx’s “very special relationship” with his car, which makes the pair “partners in crime,” O’Brien said.

Manx finds himself pit against high school senior Vic McQueen (Ashleigh Cummings), “a working-class kid who has such a creative mind that it actually gives her a kind of superpower.”

“Charlie Manx becomes aware of her and realizes that she may be bad news for him,” O’Brien teased, “so he has to figure out pretty quickly what to do about her.”Also on board are stars Olafur Darri Olafsson (Lady Dynamite) as Bing Partridge, Virginia Kull (The Looming Tower) as Linda McQueen, Ebon Moss-Bachrach (The Punisher) as Chris McQueen and Jahkara Smith (aka Sailor J) as Maggie Leigh.