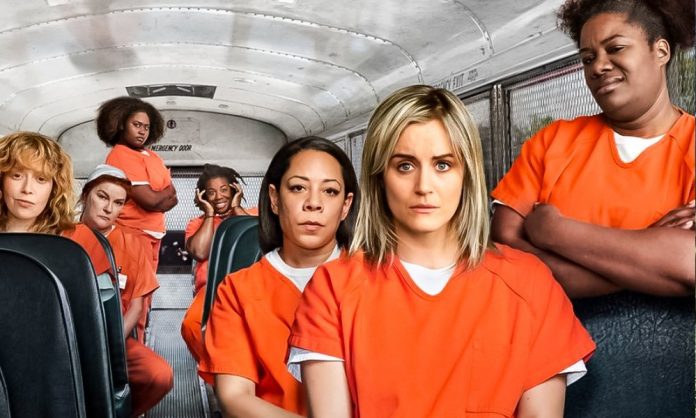 Netflix released a new trailer and announced that Orange Is the New Black will end with its seventh season in July.

Netflix’s new trailer for Orange Is the New Black season 7 confirms a premiere date of Friday, July 26. It also showcases many of the cast members and crew, including a few fan favorites whom we haven’t seen or heard about in awhile. The trailer starts with Emmy Winner Uzo Aduba, who plays Suzanne “Crazy Eyes” Warren, getting her signature bantu knots done in the makeup chair. Then we follow other cast members in both prison uniforms and posh streetwear. This alluding to what may happen with them this season. Even showrunner Kohan makes an appearance, complete with her bright blue hair.

Orange Is the New Black fans will recall that season 6 ended with the fates of many prisoners left up in the air. In fact, viewers are heading into season 7 with way more questions than answers. Piper was released from prison without being able to say goodbye to her girlfriend Alex Vause ( Laura Prepon). How will life be for her on the outside? Will she reunite with her former fiance Larry Bloom (Jason Biggs), or will she stay true to Alex? Sophia (Laverne Cox) was released from prison too. What’s next for her?

Additionally, what will happen to the people still inside? What’s next for Taystee (Danielle Brooks)? Will Black Cindy (Adrienne C. Moore) and Marisol “Flaca” Gonzales continue their popular radio show? Or will Flaca be reunited with her best friend Maritza Ramos (Diane Guerrero)? The trailer shows those two together again, so perhaps that one is going to happen. Who will keep dominance over the kitchen Red (Kate Mulgrew) or Gloria Mendoza (Selenis Leyva)? Will the prison remain as corrupt as ever with hapless Joe Caputo (Nick Sandow) still trying to make the best out of a bad situation? No one knows for sure yet, but seeing the names of some people we haven’t seen in awhile in the trailer, including Big Boo (Lea DeLaria ), Yoga Jones (Constance Shulman), and Aleida Diaz (Elizabeth Rodriguez), indicates we may see some old favorites at least once more before the show wraps up.