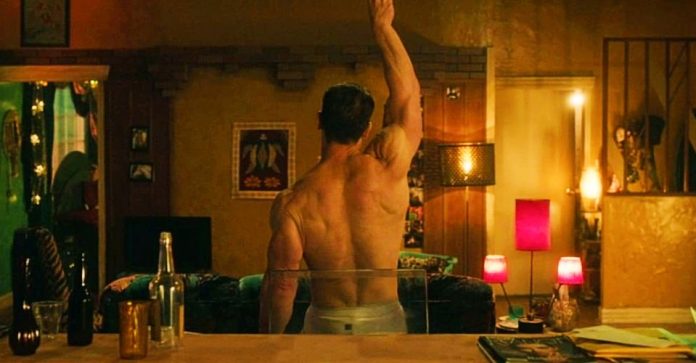 A new image from Peacemaker teases John Cena’s well-toned physique. Peacemaker is the first spin-off spawned by James Gunn’s irreverent DCEU feature debut, The Suicide Squad, which premiered on August 5. The upcoming show centers on John Cena’s eponymous anti-villain Christopher Smith from the movie, who is described as a “douchey” version of Captain America. The show takes place after the events of the film, and it navigates the origins of Peacemaker as he strives to achieve peace “at any cost.”

Scheduled for a release in January 2022 on HBO Max, the promotional campaign for Peacemaker is slowly catching pace. Earlier this month, the first-look image from the series was released, spotlighting cast members Steve Agee, Danielle Brooks, Robert Patrick, Jennifer Holland, Freddie Stroma, and Chukwudi Iwuji in their respective roles as John, Leota, Auggie, Emilia, Vigilante, and Murn. Later, a new promotional video for HBO Max’s upcoming content slate also revealed new footage from the show, which saw Cena’s character sitting at a diner with the other cast members and shooting a variety of guns in a jungle. Now, another image has surfaced from the series, offering viewers a moment of pure fan service.

Peacemaker‘s official Instagram handle, hbomaxpeacemaker, has just shared a drool-worthy look at Cena’s character. In the picture, Peacemaker is seen standing shirtless with his back facing the screen. His ripped physique is on full display, and so are his bulging biceps and rugged shoulders. The caption says it all; “3 words: dope as f#ck.” Take a look at the image below:

Previously, Cena had playfully teased that he’d show quite a lot of body in Peacemaker. According to the actor, Gunn loved his “tighty whiteys” scene from The Suicide Squad, and hence, he will be recreating that in the spin-off show. There are also some scenes that feature Cena dancing, as that is another thing Gunn likes to make the former WWE star do. Peacemaker is said to retain the comedic essence of Gunn’s movie, and the action is also “no holds barred.” The story, however, is a bit more grounded and quieter.

Although the new image doesn’t offer much information about the series, it lays the ground for the big reveals to come during Peacemaker‘s panel at the DC FanDome, which will air on October 16, 2021. So far, fans do not have a trailer for the show, nor have any other substantial plot details been revealed. However, that will probably change after the DC FanDome as the marketing campaign kicks into a higher gear. Until then, the alluring post should tide fans over, satiating their curiosity for the time being.