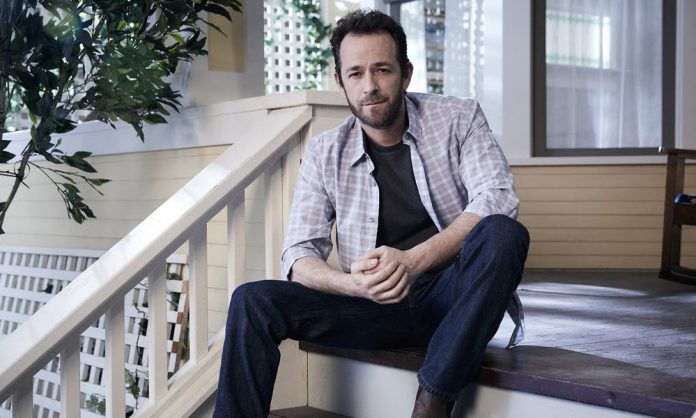 Perry was taken into hospital on February 28 following a stroke, and despite the best of efforts of medical staff at St. Joseph’s Hospital in Burbank, California to help him recover, the damage caused was too great.

Born in Ohio in 1966, Perry was known to those who grew up in the 1990s for his role as Dylan McKay in teen drama Beverly Hills, 90210. The show was set to return for a six-episode event series, which would reunite the original cast, though Perry was not listed among the returning cast members. Among today’s audiences, Perry was best known for playing the role of Fred Andrews, the father of Archie Andrews, on Riverdale. He will also star in Quentin Tarantino’s upcoming film Once Upon a Time in Hollywood.

“He was surrounded by his children Jack and Sophie, fiancé Wendy Madison Bauer, ex-wife Minnie Sharp, mother Ann Bennett, step-father Steve Bennett, brother Tom Perry, sister Amy Coder, and other close family and friends,” Perry’s rep Arnold Robinson told The Hollywood Reporter. “The family appreciates the outpouring of support and prayers that have been extended to Luke from around the world, and respectfully request privacy in this time of great mourning. No further details will be released at this time.”