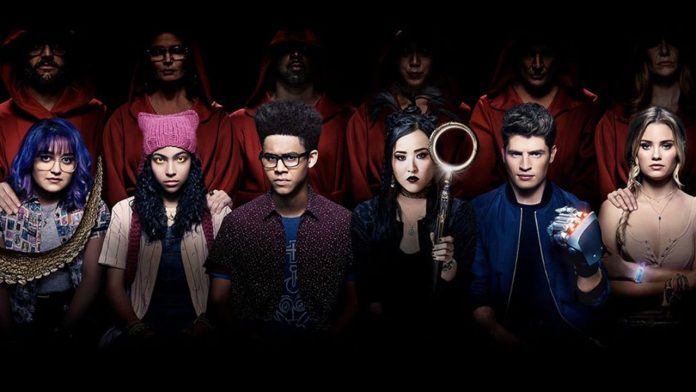 Marvel’s Runaways season 3 will premiere on Hulu in December, and the first teaser trailer shows what’s in store. At Hulu’s Television Critics Association summer press tour presentation, a teaser included a first look at Season 3 while confirming its premiere date to be Dec. 13.

The sneak peek has Chase stealthily moving through a destroyed home where he encounters his friends and teammates incapacitated and grievously wounded. As he nears a staircase, Chase spots a red-shrouded cult placing his friends in strange pods.

The last episode of Runaways season 2 had the team split apart and the few details we know about their whereabouts and what lies ahead in season 3 could point to this scene not taking place. Chase and Karolina were captured by the Gibborim and put in chambers, so this could be happening inside of Chase’s head and be his worst fears coming to pass. But, this same explanation could be true even if Chase manages to get out of the chamber. This scene may very well be a trick by Morgan le Fay.