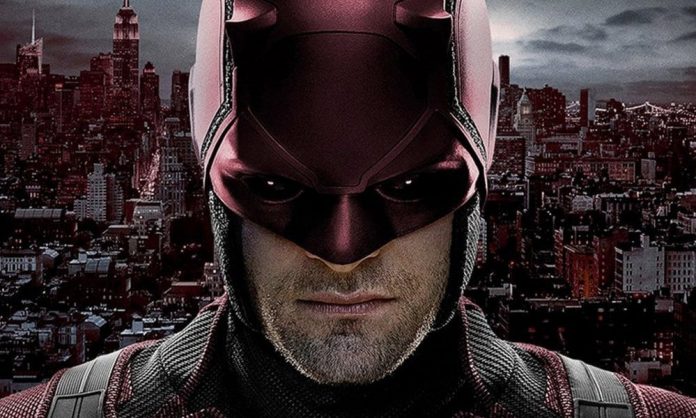 It’s been nearly three months since Netflix announced it had canceled Daredevil after three seasons and fans are still devastated. In response, the #SaveDaredevil campaign was launched in the hopes of continuing the adventures of The Man Without Fear. Now, the campaign has made it into the real world, thanks to special billboards in Times Square.

The campaign shelled out enough dough to purchase five minutes of screen time on a set of billboards near 42nd Street over the lunch hour. While one of the boards remained static with a renewal message, the other rotated through stills from the show, featuring various characters from the canceled Netflix show. All in all, at least eight slides were included, featuring characters from Daredevil and Kingpin to Mother Maggie and Bullseye.

Starting in 2015, Daredevil was the first Netflix original drama created for the streaming service by Marvel, and would give way to other Marvel shows that crossed over in the miniseries The Defenders. Following its cancellation and the launch of the campaign, series star Cox voiced his support for the original petition to save the series, and even signed it himself.

While it’s unclear if this will bring more people to the cause, the billboards show the lengths the fans of Daredevil will go to have their collective voices heard, and, like Matt Murdock himself, not back down against all odds.
Now available on Netflix, Marvel’s Daredevil Season 3 stars Charlie Cox as Matt Murdock, Elden Henson as Foggy Nelson, Deborah Ann Woll as Karen Page, Joanne Whalley as Sister Maggie, Wilson Bethel as Benjamin Poindexter, Jay Ali as Rahul “Ray” Nadeem and Vincent D’Onofrio as Wilson Fisk.