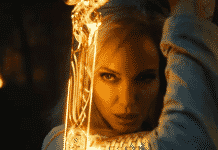 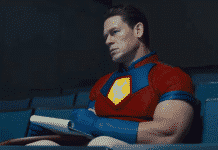 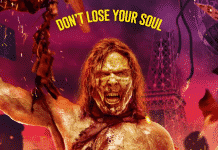 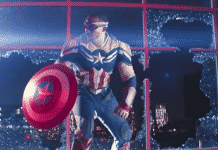 Jason Momoa is a blind post-apocalyptic warrior in the trailer for the new Apple TV+ series See.

Starring Jason Momoa as Baba Voss, the upcoming series takes place in a post-apocalyptic world, with the virus that decimated humanity leaving the world blind. As Voss gains the ability to see and lead his tribe, he finds himself, his family and his friends hunted by a queen who believes his newfound ability to be a form of evil black magic.

The official synopsis for See reads:

“See” takes place in the distant future, after a deadly virus decimated humankind. Those who survived, emerged blind. Jason Momoa stars as Baba Voss — the father of twins born centuries later with the mythic ability to see — who must protect his tribe against a powerful yet desperate queen who wants the twins destroyed.

The streaming wars are only just starting to heat up now that Apple is joining the fray to offer their own alternative to Netflix, Hulu, Disney+ and all the many other streaming options that are either available now or getting set to arrive. Launching on November 1st, Apple’s addition to the ever expanding streaming universe will cost $4.99 per month, which sounds like a bargain compared to some of the other services out there.