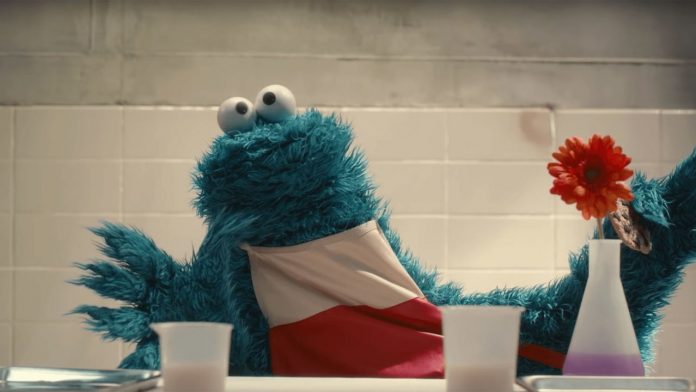 Sesame Street, a longtime favorite of children and adults, has taught many generations about the valuable lessons of life. Now that Sesame Street has moved over to HBO, two crossover videos have Cookie Monster and Elmo shedding light on how the characters of Westworld and Game of Thrones should respect one another.

To celebrate the 50th anniversary of Sesame Street, HBO launched a new campaign focused on the concept of respect. Through series that are violent, sexual, and not so kid friendly, HBO put together 2 short videos where Cookie Monster and Elmo solve the main conflicts that the series cannot resolve on its own, building respect for one another.

The first video has the Cookie Monster meeting Westworld characters Bernard Lowe and Dolores Abernathy while they were in the middle of a disagreement. Cookie Monster manages to unite the 2 over a piece of cookie and they eventually learned a valuable lesson about respecting one another.

The second video is somewhat similar, except an armored Elmo resolves the conflict between Tyrion and Cersei Lannister from Game of Thrones.

The campaigns serve their purpose. Regardless of any differences, everyone should respect one another in some form or fashion. This is symbolic of how the shows will be working together by respecting each other’s airtimes while bringing high-quality entertainment to the audience. As HBO is gearing up to introduce new spinoffs, why not enjoy a little crossover bit from their most iconic shows.