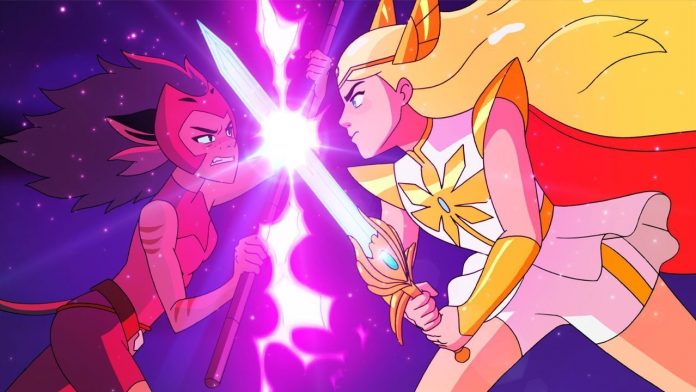 The trailer of Season 2’s She-Ra and The Princesses of Power was revealed at WonderCon in Anaheim this weekend.

Developed by Eisner Award-winning writer Noelle Stevenson and produced by DreamWorks Animation Television, the trailer for season 2 promises another epic adventure of Adora fighting against the evil Horde.

The following description was released along with the season 2 trailer:

“Adora is finally beginning to accept her destiny as the legendary warrior princess, She-Ra, and leader of the Princess Rebellion. Still, there is much to learn as the threat of the Horde grows and Catra sinks deeper into the world of evil.“

As a spinoff of He-Man and the Masters of the Universe series and a reboot of its 1985 animation, Netflix’s reimagining of this warrior princess has been praised by critics for its diverse cast and its portrayal of She-Ra’s relationship with her friend and rival Catra. It was nominated for a GLAAD Media Award for Outstanding Kids & Family Programming.

Season 2 of She-Ra and the Princesses of Power begins streaming on Netflix, April 26th.