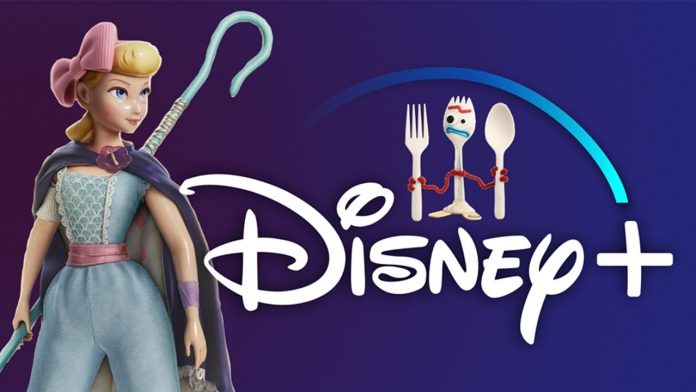 A lot has been revealed at the April 11 Disney Investor Day Presentation. Among the original series and films that will be making a home at Disney+, Disney will feature short films based on Toy Story characters Forky and Bo Peep.

In March, Pixar released an official trailer for Toy Story 4 which introduces Forky, a plastic fork made into a homemade toy by a little girl named Bonnie. As a character who will play an important role in this upcoming film, he appears to be in denial that he is a toy himself and cannot help but question his existence.

Assuming that the character’s curiosity is worth it’s own series, Disney announced that it will feature 10 shorts titled Forky Asks A Question, where the new Toy Story character will ask important questions.

Disney is also in the works of developing a short based on Toy Story’s Bo Peep titled Lamp Life. Bo Peep was last seen leaving the family of toys following Toy Story 2. Now that it has been revealed that she will be making an appearance in Toy Story 4, a short would be appropriate to tell the life of this interesting character. Little details have been revealed on this short and its release date.

Based on the April 11 demonstration, these Pixar shorts can be easily found on the new Disney+ video on demand service. On a simple interface, Disney+ includes tiles that are dedicated to the Disney brands, including Pixar, Star Wars, Marvel, and National Geographics.

Although it shares similarities of its competitors, the interface includes animated images that interacts as the subscriber explores the categories available. Subscribers can also make a personalized avatar using characters such as Buzz Lightyear and Moana.

Toy Story 4 will premiere in theaters on June 21. Forky Asks A Question will be available upon the launch of Disney+ on November 12, 2019.