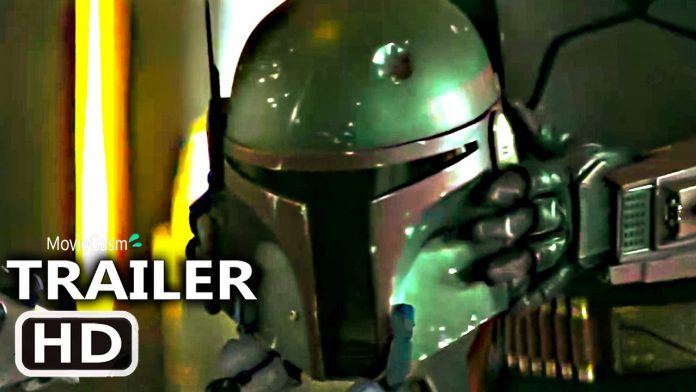 The first Book of Boba Fett trailer is officially released. Ever since Disney acquired Lucasfilm back in 2012, there have been attempts to make a project centering around fan-favorite bounty hunter Boba Fett. Initially, the plan was to make Boba the star of a standalone feature film, but that has now changed to live-action TV. Building off of Boba Fett’s supporting role in The Mandalorian season 2, The Book of Boba Fett will see Boba fight to gain control of Jabba the Hutt’s old territory on Tatooine.

The Book of Boba Fett is set to premiere in December, and though the release date is fast-approaching, Lucasfilm has remained characteristically mum with regard to story details. In late September, the studio kicked off the marketing campaign with the first Book of Boba Fett poster, setting the stage for a big promotional push over the last couple of months of the year. Now, viewers are finally treated to some footage.

On the official Star Wars YouTube channel, Disney and Lucasfilm unveiled the Book of Boba Fett trailer. Watch it in the space below:

While the trailer runs under two minutes, it still is very efficient at setting up The Book of Boba Fett as a crime drama that explores the galactic underworld. The main story beat that drives the trailer is Boba looking to take over Jabba the Hutt’s old territory on Tatooine, running things in a much more different way compared to the vile gangster. Whereas Jabba’s reign was defined by fear, Boba looks to be respectful and cooperate with his associates, hoping to build longterm fruitful partnerships. Of course, not everyone is going to see eye-to-eye with that plan, and The Book of Boba Fett won’t skimp on action. Boba Fett had some memorable set pieces in The Mandalorian season 2, so it will be exciting to see what the creative team came up with for this show.

Lucasfilm is going to continue to make new Star Wars movies (Patty Jenkins’ Rogue Squadron is slated for 2023), but The Book of Boba Fett illustrates why the studio is so interested in expanding the franchise on the small screen. The Disney+ platform gives Lucasfilm an avenue to tell a variety of stories set in the Star Wars universe. The galactic underworld was only hinted at in the Skywalker saga, before being fleshed out further in projects like Solo and The Mandalorian. The Book of Boba Fett looks like it will be a deep dive into that corner of the Star Wars galaxy, which makes it stand apart from other shows and films in the pipeline. Hopefully, The Book of Boba Fett will be worth the wait and become another winner for Disney+’s lineup.