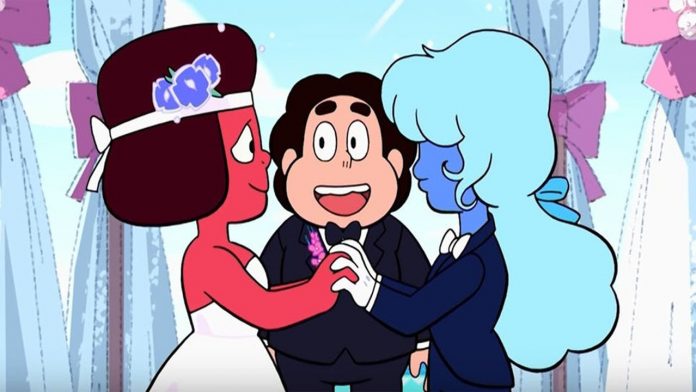 As an organization with a mission to educate and engage the Hollywood community on transgender representation and inclusion in media, GLAAD created the category for Outstanding Kids & Family Programming to recognize creators who seek to increase fair, accurate, and inclusive representations of the LGBTQ community.

When asked about this episode, Rebecca Sugar expressed her understanding of how important this would be for the LGBTQ community:

“I wanted to really create an image of a queer couple that makes sense together,” Rebecca told Variety in an interview that took place last year. “Usually the couple is a man and a woman. But you don’t show that love can exist between two men or two women. I wanted to create equal-opportunity love stories for children.”

Steven Universe: The Movie will air on Cartoon Network in Fall of this year.