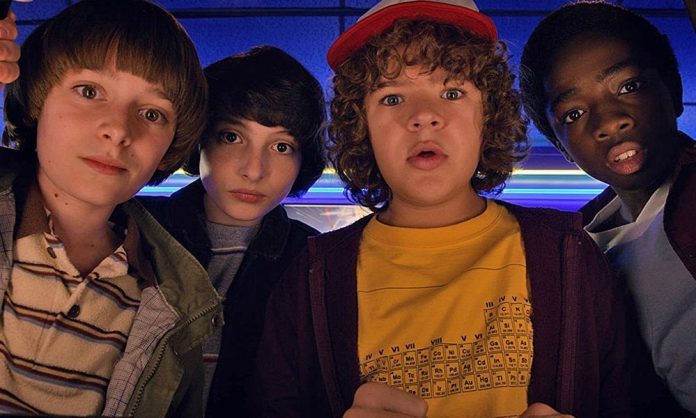 The third season of Stranger Things won’t arrive until July, but many fans are eager for anything related to the show that can tide them over for the next few months. Luckily, Hasbro has fans covered. The toy brand is introducing a Stranger Things Dungeons & Dragons starter set that will be available for purchase in May and can be pre-ordered now.

Dungeons & Dragons has been around for decades, but has been experiencing a resurgence as tabletop gaming continues to thrive. Part of that renaissance is likely owed to the existence of Stranger Things, as the show leaned heavily on Hasbro’s property to tell the story of season one’s adventure into the Upside Down. Becoming the centerpiece of one of the hottest Netflix properties didn’t harm the game’s reputation, and Wizards of the Coast, the original developer of the board game, has capitalized on that sudden interest by producing several tie-ins. Dungeons & Dragons recently had players visit a Magic: The Gathering setting to coincide with the releases of the Guilds of Ravnica expansion.

According to the item description, the set “contains everything players need to embark on a Stranger Things adventure, including the essential rules of the roleplaying game. It’s a great way for new as well as seasoned Dungeons & Dragons players to experience the D&D adventure Stranger Things character Mike Wheeler has created for his friends. Pick your character — will you be Will the Wise or Dustin the Dwarf?”