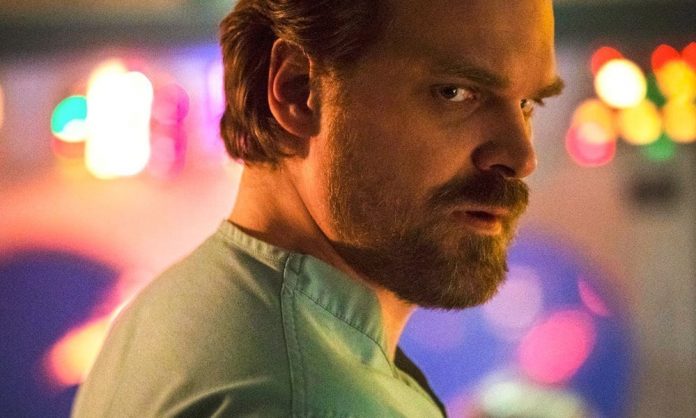 The first Stranger Things tie-in novel arrived in stores this week, and Netflix is wasting no time promoting the next book linked to their hit sci-fi series.

Netflix revealed the new book on Twitter Friday, declaring “the REAL (official, canonical!) story of Jim Hopper is coming to a bookstore near you.”

The book will be titled “Darkness on the Edge of Town” and is set to be released on June 4th. The book’s author, Adam Christopher offered a few additional details about the book, revealing that it will be set in New York City 1977 and follow Hopper during his time as a homicide detective there. Per Netflix’s Twitter post, the story is revealed thanks to Eleven’s curiosity.

“When Eleven gets curious about unanswered questions, Hopper is forced to reckon with some long-buried secrets.”

What is known is that before arriving in the sleepy town of Hawkins and becoming chief of police, Hopper was married with a daughter named Sara. Yet, as we learn in Stranger Things, Hopper and his wife tragically lose their daughter. And that story may just be what gets revealed in this new prequel novel since it’s said the book will unearth some “long-buried secrets” from Hopper’s past.

The first Stranger Things prequel novel, Stranger Things: Suspicious Minds, hit shelves on February 5th. It dives deeper into Eleven’s backstory, and more specifically the life of her mother, Terry Ives, in the late ’60s. The novel also reveals more details regarding Dr. Brenner and the MKUltra project that heavily altered Eleven’s life in the future. The tie-in prequels are Netflix’s latest efforts to expand the Stranger Things universe, having recently debuted a comic book series.

Stranger Things: Darkness on the Edge of Town goes on sale June 4th.Season Three of Strangers Things lands on Netflix on July 4th.