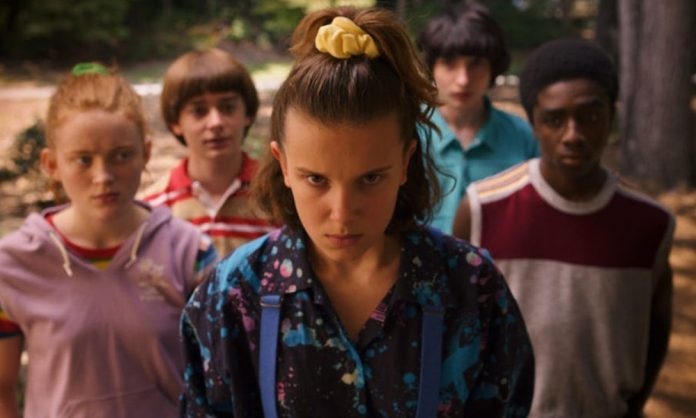 Just last week we got our first look at the summer of 1985 in Hawkins as Netflix released the first trailer for “Stranger Things 3”, which is set to premiere July 4th. Now, a new round of pictures is offering up a new look at the unlikely young heroes from Hawkins, Indiana as they grow into their teenage years.

Set in the summer of 1985, all the kids are back: Finn Wolfhard (Mike), Millie Bobby Brown (the psychic Eleven), Noah Schnapp (Will), Caleb McLaughlin (Lucas), and Gaten Matarazzo (Dustin). They re-assemble to fight a new uglier threat emerging from the Upside Down.