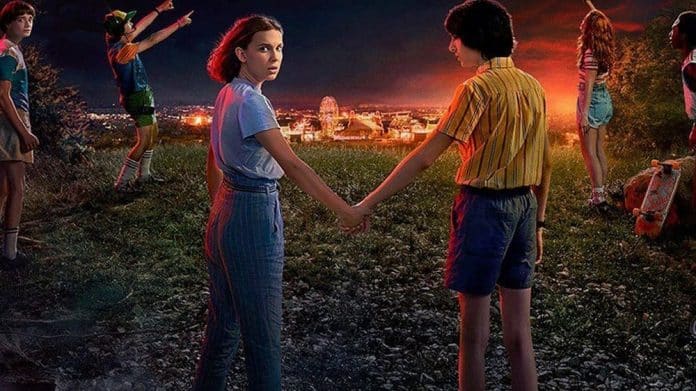 Stranger Things season 4 will have a variety of movie influences, including Bill & Ted.

The Stranger Things writers took to Twitter to share that they’re starting a weekly trend called Video Story Fridays. They explained that “every Friday, [they] will list 5 movies the writers talked about during the week.” They also added that each movie “relates in some way” to season 4. The first five movies were The Peanut Butter Solution, The Fisher King, You’ve Got Mail, Ordinary People, and Bill and Ted’s Bogus Journey.

Recently, Eleven actress Millie Bobby Brown admitted that she was initially not a fan of the third season’s ending.

“I was pissed! I read the script and I was like, ‘What, how is this even possible?” she said.

Eventually, however, she came around to the ideas the creators were going for and explained that she and the rest of the Stranger Things kids quickly tapped into their real feelings to capture the emotion of the scene.

What’s interesting about all of these choices is that they don’t all take place in the same year. The Peanut Butter Solution was released in 1985, The Fisher King in 1991, You’ve Got Mail in 1998, Ordinary People in 1980, and Bill & Ted’s Bogus Journey in 1991. Considering that the idea of time travel has been tossed around in regard to season 4, it makes sense that they’d be referencing pieces of entertainment from a variety of different years. Not to mention, both Bill & Ted movies deal with time travel, so that could also be a hint.