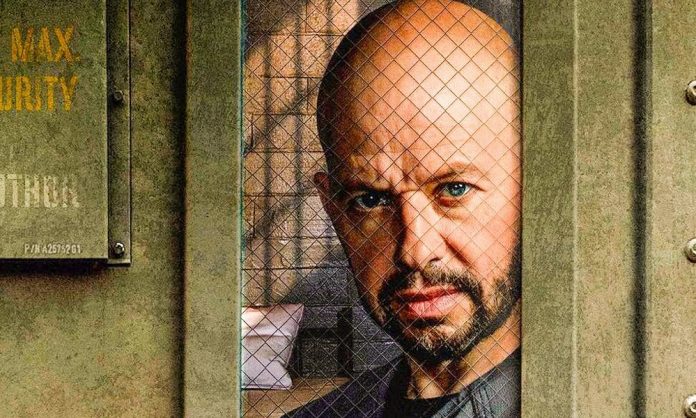 Lex Luthor is finally making his debut in SuperGirl on March 17th, and The CW has released the first look photo of Lex (Jon Cryer) best known for being Superman’s arch-nemesis.

Lena Luthor’s criminal mastermind brother has cast a long shadow over his sister, ever since she was introduced on the Arrowverse TV series back in season 2. Lena had spent years trying to overcome the Luthor family’s dark legacy to carve a better path for herself. According to The CW, Lex will make his first appearance in episode 415 – titled “O Brother, Where Art Thou?” During the episode, Lex tries to reach out from prison to enlist his sister Lena into one of his plans…“he will stop at nothing to get her on board, even if that means leveraging the life of one of her friends.”

Supergirl the TV series had dropped a ton of references to Lex with each passing season, to which eventually became clear – Luthor would find his way back into his sister’s life. Current showrunners ‘Jessica Queller’ and ‘Robert Rovner’ confirmed the news last year, before revealing that Cryer would be stepping into the role. Cryer has a storied history with the Luthor family – he played Lenny, Lex’s nephew, in the 1987 film Superman IV: The Quest for Peace. On the other hand, he gets a swing at the iconic role himself

The CW has unveiled an official image of Cryer as Lex Luthor online, as you can see above. As the photo depicts, Cryer’s Lex Luthor has been imprisoned for what seems to be quite a while with his beard grown out – but stays with the bald head similar to his traditional comic book look. Nevertheless, just because Lex has been behind bars all these years, doesn’t mean he hasn’t been causing trouble for Supergirl and her friends. One popular fan theory is that Lex had been manipulating events on Supergirl since Season 1 and deliberately got himself arrested by Superman before the series began. Presumably, this theory will either be confirmed or dismissed shortly after Luthor makes his debut on the Supergirl TV Series.