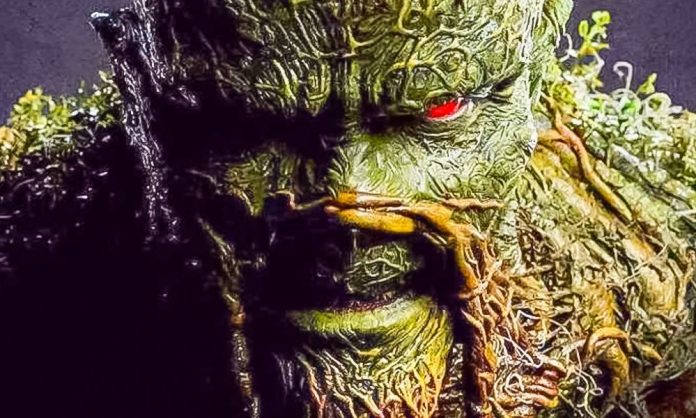 Swamp Thing is just a matter of weeks from debuting on DC Universe. A new trailer for the streaming series introduces the human side of the titular Swamp Thing. It emphasizes the horror elements of the iconic DC character.

The trailer showcases a bit more of the early relationship between Abby Arcane (Crystal Reed) and Alec Holland (Andy Bean). This is complicated when he turns into the Swamp Thing creature (Derek Mears).

As the trailer beings, Alec Holland states that he’s been out on the water for seven months. Then showing Abby Arcane a bizarre liquid in a vial that he states “doesn’t belong.”

Swamp Thing will follow Abby as she investigates what seems to be a deadly swamp-born virus in a small town in Louisiana. But soon discovers that the swamp holds mystical and terrifying secrets. When unexplainable and chilling horrors emerge from the murky marsh, no one is safe, especially Alec, who transforms into the Swamp Thing creature. The series is expected to draw inspiration from Alan Moore’s iconic run.

Swamp Thing will begin to debut on DC Universe beginning on May 31st.