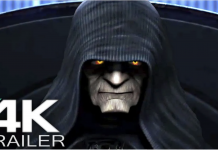 -The Boys will air on Amazon Prime Video- —-Want to try Amazon Video for free?? Use the link below:

The story of The Boys depicts a bleak world filled with power-imbued superheroes who have become reckless, selfish and hedonistic, leaving citizens in danger. Thus, an angry, ultra-violent Englishman named Billy Butcher puts together his own team of ex-military personnel with black ops experience to watch the proverbial watchmen, calling themselves, you guessed it, the Boys.

Antony Starr (American Gothic) as Homelander, the leader of “The Seven.”