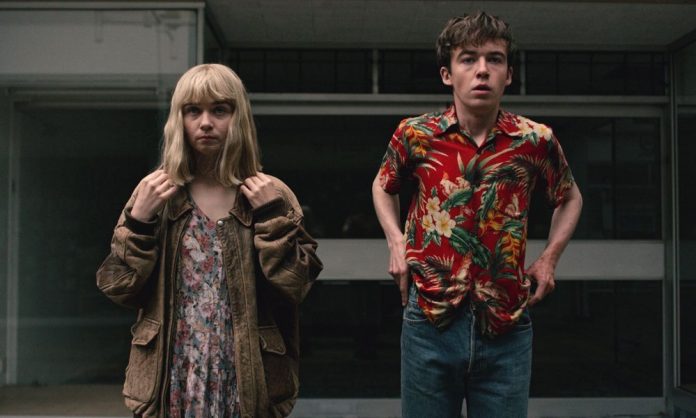 Production has officially started on Season 2 of the dark British comedy series The End of the F***ing World. The announcement included a photo of the Episode 1 script written by Charlie Covell.

It’s a vague visual, but we do know it’ll be written once more by creator Charlie Covell. And with Jessica Barden’s name layered over the script, it may well be an episode focused on her character, the foul-mouthed rebel known as Alyssa.

A sequel was announced last August after the show won over fans on UK’s Channel 4, as well as when it eventually premiered on Netflix in other markets. The show is based on Charles Forsman’s comic book, which revolves around Alyssa and the love of her life James (played by Black Mirror’s Alex Lawther), a self-proclaimed psychopath, as they both run away from their small town in a coming-of-age journey.

Dark, intriguing, tense and chilling, and shot through with moments of dark absurdity and humor, The End of the F***ing World is written by Charlie Covell (Banana, Burn, Burn, Burn and Gap Year) and directed by Jonathan Entwistle and Lucy Tcherniak.

The eight-episode first season is now streaming on Netflix.