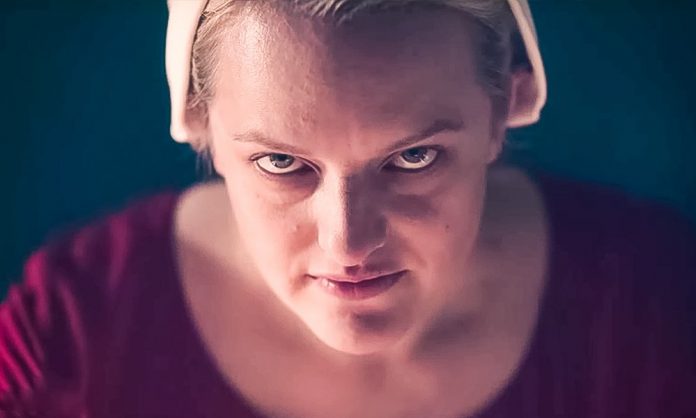 On YouTube, Hulu released a politically themed trailer for The Handmaid’s Tale season 3, which comes with the tagline “Blessed be the fight.”

The Handmaid’s Tale is based on Margaret Atwood’s 1985 novel. The dystopian drama series examines a futuristic post-civil war society in which fertile women become slaves.

The Handmaid’s Tale stars Elisabeth Moss as June Osborne aka Offred. The series examines the inherent conflict between powerful figures and the captured women who are forced to bear children.

This season, Offred moves forward with a revolution. The clip begins with a Game of Thrones-style visual in which the main character plots her next move over a table.

Forty seconds into trailer, the music kicks in while the visuals tease a possible alliance between Offred and Strahovski’s Serena Joy Waterford. In the second half, the plan seems to be going well for Moss’ character. The visuals framing her like a true revolutionary figure.

(New ‘Deadwood’ Trailer Released By HBO- Al Swearengen is Back!)