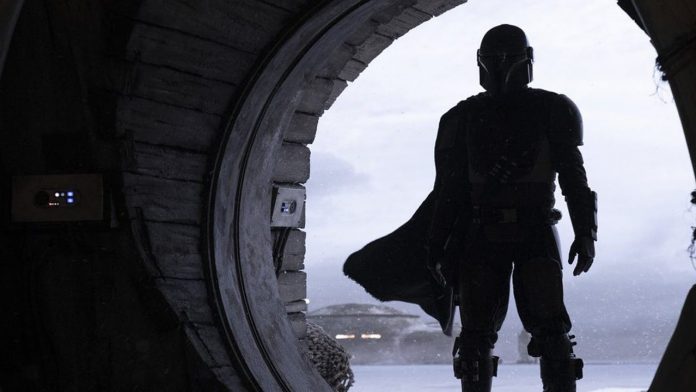 Appearing on Jimmy Kimmel Live to promote the upcoming Lion King remake, Favreau was, of course, asked about his Star Wars project. Providing an update, he essentially confirmed The Mandalorian season 2 is in the works:

“I got together with the guy, Dave Filoni, who is my partner on this one as producer, and we’re writing this stuff and coming up – it’s honestly like turning over your toy chest and playing with all the Star Wars toys together. We’re having a great time. It’s all-new characters, it’s gonna be on Disney+ coming up in the Fall, and we’re done with the first season. I was actually writing part of the second season now. So I’m having a blast.”

“It’s about a bounty hunter. It’s after Return of the Jedi, so the Empire is gone and all hell is breaking loose in the outer rim and it’s about the scum and villainy that now — once you take out the rule of law — what happens? Chaos takes over, and you have a lot of the unseemly characters,” he explained. “It’s kind of like when you meet Han Solo at the beginning of Star Wars, of A New Hope, and you have the star port bar. I always loved those characters. I always loved the rogues gallery of bounty hunters in Empire Strikes Back. I always want to see more about it.”