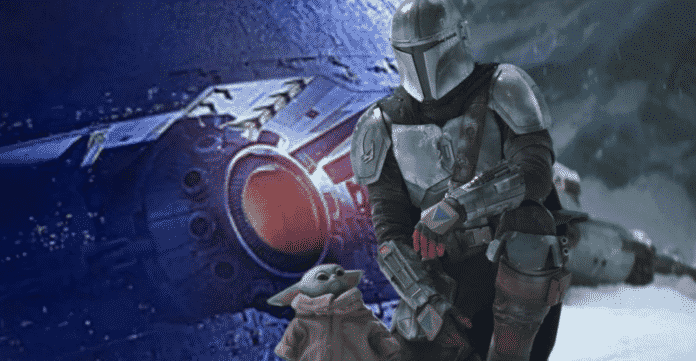 Warning: SPOILERS ahead for The Mandalorian season 2, episode 2, “Chapter 10 – The Passenger.”

The Mandalorian season 2, episode 2, “Chapter 10 – The Passenger” visited an ice planet that had been theorized to be Ilum, the world that becomes Starkiller Base in Star Wars: The Force Awakens, and the installment debunked the idea. “The Passenger” saw Din Djarin, Baby Yoda, and the character who gave the episode its title – known only as Frog Lady – having to make an emergency detour to and landing on the ice planet, having been chased by a pair of New Republic X-wing pilots.

This was a sequence that had, in part, been teased in the trailers for The Mandalorian season 2. The footage had clearly shown Mando with the X-wings, and also both flying down into and then inspecting the surface of a mysterious ice planet. With no clear sign of what it was, a few theories were devised, and the most popular was that the world was indeed Ilum. The ancient planet was one of the holiest sites of the Jedi and rich in kyber, and so with Mando on a quest that would lead him to the Order and inspecting an ice planet that bore some similarities to Ilum, the pieces seemingly fit together nicely.

The Mandalorian season 2, episode 2 visited the planet in question, and it quickly started putting to bed any notion that this was Ilum. Although the hot pool the Frog Lady bathes in could hint at Ilum’s known geothermal properties, there was also little way to square the complete absence of any signs of Imperial (or First Order) personnel having ever been on the planet. Ilum had been under the Empire’s rule since Palpatine took control of the galaxy, and he had started terraforming the planet, stripping it for its kyber to be used in superweapons. Following the Battle of Jakku (around one year after Return of the Jedi‘s ending), the Imperial Remnant returned to Ilum, continuing the project that would eventually turn the world into Starkiller Base. That would’ve been ongoing by the time of The Mandalorian season 2, but the planet shows no life of it. It is feasible that it could’ve been just a different part of the world, but it seems unlikely there’d be no hint of their presence whatsoever, nor any tease of Ilum’s kyber crystals.

All of this was evident even before it was seemingly confirmed by an Easter egg in The Mandalorian season 2, episode 2 (via Reddit) that the ice planet wasn’t Ilum, but actually Maldo Kreis. This is the same world Mando visited in season 1, where he captured the Mythrol (who will make his own, separate return later in season 2). This was seen via the Aurebesh writing on the Razor Crest’s guiding system, which translates the name of the planet into Maldo Kreis, confirming that it definitely isn’t the planet that becomes Starkiller Base. This section of the planet does look different to the one in season 1, which had at least some signs of its population (beyond the giant white spiders, of course), but as Tatooine in season 2, episode 1 proved, there’s a lot more to these planets than is first shown.

Although the theory that The Mandalorian season 2 would visit the future Starkiller Base was compelling, ultimately it does make sense that it wasn’t the case. Re-using Maldo Kreis is easier from a production standpoint, as they at least already have parts of the set designed and ready to go. In terms of narrative, since this is shown to be an area patrolled by the New Republic, then it wouldn’t really be smart for the fledgling First Order to be building its new base so close to their airspace, with Ilum further out in the Unknown Regions. It’s not impossible the show will eventually explore Ilum, or show the rise of the First Order some other way, but that wasn’t it in The Mandalorian season 2, episode 2.