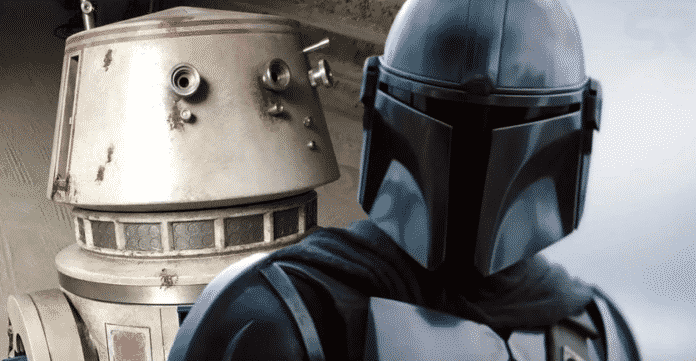 WARNING: there are SPOILERS ahead for The Mandalorian season 2 premiere.

The Mandalorian season 2 premiere confirms R5-D4 is alive and well after A New Hope. The Disney+ original show is now back for season 2 and already has delivered quite a few surprises for Star Wars fans. The season premiere included the live-action debut of Cobb Vanth (Timothy Olyphant), with Boba Fett (Temuera Morrison) also included at the end. They are some of the more notable characters included in The Mandalorian season 2, but the first episode also brought back a familiar droid.

R5-D4 is a red and white R5 astromech droid that first appeared in Star Wars in 1977. The film introduced the droid as one of many in the possession of the Jawas on Tatooine at the time when they captured C-3PO and R2-D2. Owen Lars originally was going to buy R5-D4 instead of R2-D2, but R5 sabotaged his chance for freedom on purpose to help R2. The droid’s motivator malfunctioned, leaving it smoking, broken, and in the Jawas’ possession. The sacrifice by R5-D4 has made the droid a bit of a fan-favorite character, but A New Hope was its only appearance for some time. This led some fans to wonder if R5 was decommissioned due to his bad motivator.

Thanks to The Mandalorian season 2, it is now confirmed that R5-D4 survived A New Hope. The first episode of the season sees Din Djarin (Pedro Pascal) and The Child aka Baby Yoda go back to Tatooine in search of a fellow Mandalorian. Din decides to park the Razor Crest in one of Peli Motto’s (Amy Sedaris) hangars at Mos Eisley. After helping Din in season 1, he is comfortable asking her for help to find Mos Pelgo. In order to send Din on his way, Peli has to show him a map of Tatooine and calls over an R5 unit to help. The red and white droid is confirmed to be R5-D4, as there is damage on the top from his bad motivator.

This isn’t the first time that R5-D4 has been linked to The Mandalorian. Series creator Jon Favreau, who directed the season 2 premiere, previously shared an image of the droid on social media. An R5 unit was even featured during The Mandalorian season 1, episode 5 in the Mos Eisley cantina, but it was unclear at the time if it was R5-D4. With this new look at the droid, there is no doubt that R5 has now found work on Mos Eisley as one of Peli Motto’s droids. The burn marks/oil markings now serve as a constant reminder of the sacrifice R5-D4 made to help R2-D2, the Rebellion, and, ultimately, the galaxy.

Now that R5-D4 is confirmed to be alive and a member of Peli Motto’s crew, there is a chance the droid will appear in more episodes of The Mandalorian season 2. Even though Peli diminishes R5’s ability to help, the droid can still be useful. The droid has been on Tatooine for nearly three decades, although it only remembers the last thirteen years or so since the Jawas wiped his memory. If Peli ever manages to restore his memory, perhaps R5-D4 will have valuable information to share down the road.